An Insightful Understanding of Our Soils 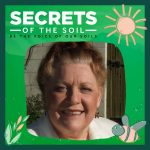 Secrets of the Soil Podcast

Many times after we stop the podcast guests share more goodies.
We load the bonus videos and lots more to the Soil Lovers Patreon – Join & show your support today

Everything You Need To Know with Dr. Mary Cole

Most people are unaware of the importance of soil microbiology to plant growth. Soil microbes play a vital role in plant nutrition, disease resistance, and drought tolerance. There is a growing need in the agriculture and food fields to understand soil microbes and their role in plant health.

Dr. Mary Cole has seen many changes in agriculture during her 40+ years as an agricultural educator. “I have seen a lot of change, but I think people are still trying to do things right.”

She has worn many hats in her life: microbiologist, educator, and researcher. Her true passion lies in agriculture and teaching others about the importance of soil health. She finds that what we know about these tiny organisms is fascinating and that there is so much more we have yet to know.

Growing up, Mary was surrounded by a half-acre of land covered with veggies. She recalls that her grandmother used to fill a bucket of water with cow mature in it which may smell unpleasant, but this was her way of fertilizing the plant without a trace of any synthetic chemicals. Most of the time Mary and her siblings used to pick veggies and just wipe them with their clean clothes, causing their mother’s dismay, but they ate them anyway. She said it is in that situation she grew up where the vegetables were important and how they are grown was also important.

As she continued to follow her vision to help and protect our soils and gained more knowledge and interest when she took her Ph.D. at the University of Monash. Her Ph.D. focused on how to manage diseases in a non-chemical way and so her journey continues lecturing and teaching at various educational institutions. She has established herself as a well-known academic and plant pathologist and nationally and internationally recognised expert in the management of the fungal pathogen, Botrytis cinerea.

In the year 1980, she started Agpath, a small soil biology company providing laboratory testing in many fields of fungal and microbial pathology and farming consulting services in agriculture, horticulture, viticulture, environment air and water, and food manufacturing. Her mission is to introduce farmers to biological farming with the view of improving soil health and productivity giving them a sustainable future while raising standards of environmental awareness, encouraging debate in alternative and more sustainable farming methods, and generating innovative ideas for the long-term health of our planet for future generations.

There are workshops which show people how to make compost and compost teas. Another teaches how to use a microscope and shows the micro-organisms in the soil or that are in the compost tea. When people see the organisms, they become more excited and want to learn how to identify the beneficial microbes that are in their soils.. At first, they only wanted to farm organically but after seeing what’s in the soil students start to have this heartfelt connection on their soils. Mary loves her classes where she sees her students aspiring to take care of our planet. 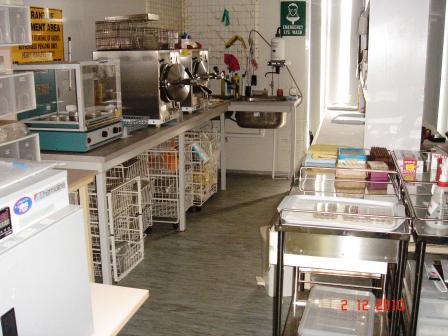 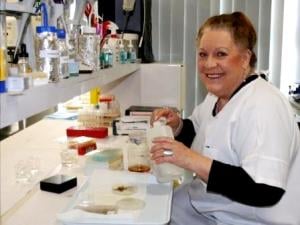 This was not always the case and looking back, Mary was doubted by farmers telling her what she was talking about and said it was rubbish and nonsense because at that time no one understood her point of view. Thanks for the encouragement from other scientists who told her to keep going with what she was doing, that the world needed people like her, she finally over time was able to get the recognition she deserves.

Now older farmers go to her to ask if she can test their soils and help to lessen the chemical inputs because they have grandchildren with allergies or eating problems. They think it’s because of the number of chemicals they put in their crops. Now, especially with students coming from universities doing research as interns, they tell her that in 14 weeks they were able to learn more from her than a 4-year course in the university. Traditionally biology is still not taught in these institutions.

The world is full of life. However, most people don’t know that all the growth in the natural world can be directly attributed to what is happening underground. All the plants and animals are alive because of the life within the soil.

From a personal perspective, Mary defines regenerative agriculture as the foundation of caring for the soil that supports life. It’s about caring for the country in all that we do.

And what about weeds? At some point, fire and climate change impact weed management. Weeds are negatively seen but the initial growth after a fire burns through an area, are great rehabilitators as they are fast-growing providing much-needed soil cover. Unfortunately, many farmers have been taught that weeds aren’t good and they should be eradicated at all costs. However, evidence shows that farmers need to change their way of thinking about weeds. Weeds are great indicators of the soil and of its health, many common ones containing much-needed minerals. If farmers understand this, Mary thinks that would be awesome!

Mary also knows that farmers suffer because of how they sell their products. She wants people to know the value of good food and why it is important not to waste it. If people can grow their own food, it is much better than buying it.  She believes that the solution lies in understanding how our soils play a vital role in plant nutrition, disease resistance, and everything that has life. 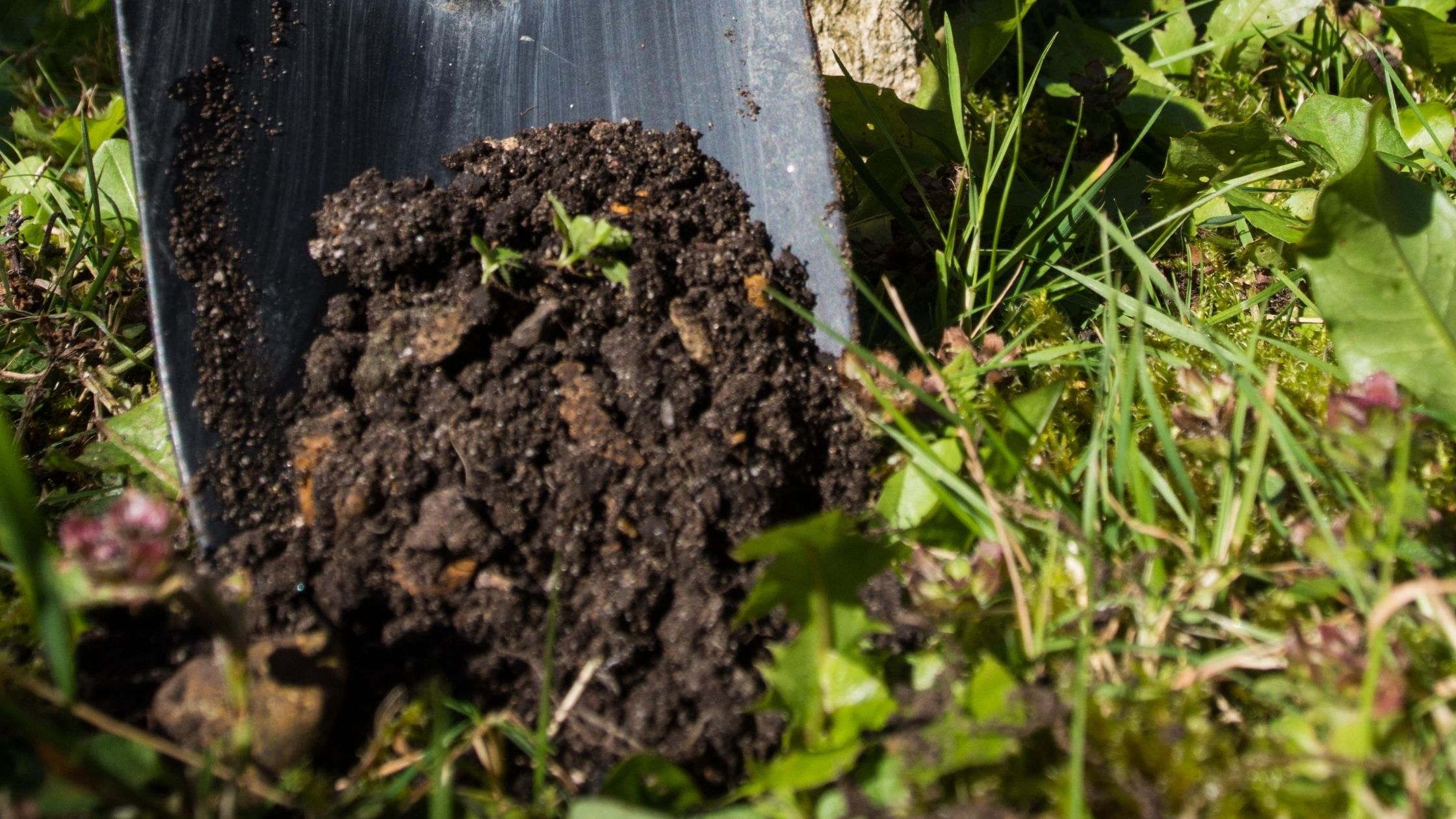 Her passion continues to inspire others and to do the right thing. She believes that although she may not be able to give all her experience, she can start others on their journeys.

Truly, Dr. Mary Cole, is a woman with great determination and perseverance, her uttermost love and understanding of everything above and beyond the ground gain others’ respect. She simply tells us that if we learn to care and take into action what is supposed to be done with our soils then we are all on the same page of making this world a better place to live in.

It is interesting to reflect on how the first people took care of our land and who lived in harmony with nature. They did not destroy it, they respected it, and when they died their knowledge continued through the generations. Mary is one of these people, and we too can follow in her footsteps as well. LET US ALL be part of the CHANGE and start being the SOIL-ution.

If you missed the SECRETS OF THE SOIL podcast episode 7, wherein Dr. Mary Cole talks about Soil Microbiology; Weed Management with Compost Tea and How That Happens; Post Fire Soil Reclamation; Nutritional Value of Natural Foods, listen below. 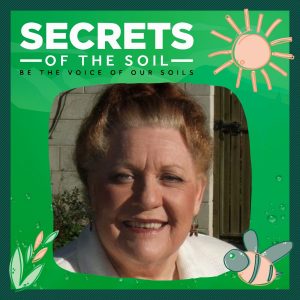 What are your thoughts about this podcast? 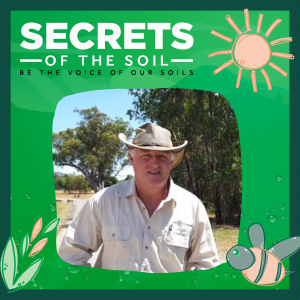 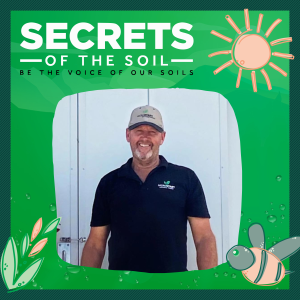 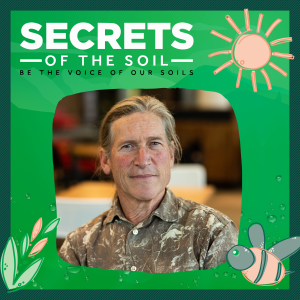