Australian farmer dies from toxic weed killer which is banned in 32 countries but been declared safe to use in Australia. Why?

THE heartbroken family of a farmer who died after being sprayed by a highly toxic weed killer has described the man as a “gentle giant” who adored spending time with his five grandchildren.

Howard Reck, 55, of Lynford in the Darling Downs, was spraying weeds on his property on Monday when the 8L pressure pump unit filled with paraquat released, spraying the poisonous chemical into his mouth and coating his face and chest. 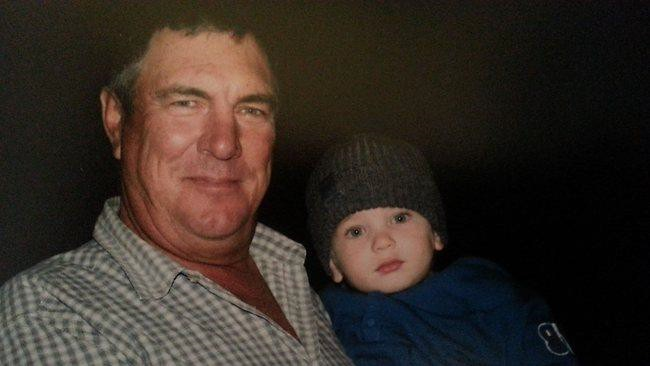 The veteran farmer drove himself 400m to a neighbouring property in a frantic dash for help. A family friend then dragged Mr. Reck out of the ute and began hosing him down in a bid to wash out the poison before the ambulance arrived, his family said. Mr. Reck died in Brisbane’s Princess Alexandra Hospital on Tuesday.

Paraquat is one of the most widely used herbicides in the world. It is used to control weeds, but as little as one teaspoonful of the active ingredient is fatal.

Dr Roberto Busi from the Australian Herbicide Resistance Initiative said paraquat was widely used in agricultural farming because it was a “pre-plant knockdown” that killed all weeds, either before planting the crop or after the harvest.

But the tragedy has reignited concern over Australia’s regulation of highly toxic herbicides. Paraquat has courted controversy because health experts say there is no antidote, with reported links to the development of Parkinson’s disease. It has been banned in 32 countries, including Finland, Sweden and China.

Upon research to learn more about paraquat this is what the site says. There is no written evidence of how lethal it is. In fact it would seem that it is a benign, friendly product that saves the farmer time whilst also being good for the environment.

What is Paraquat?
Paraquat is a herbicide (chemical weed killer) used to control a very broad range of weeds
(unwanted plants) in more than 100 crops, including cereals, oilseeds, fruit and vegetables, growing in all climates. Weeds shade crops, take their water and nutrients, and make harvesting difficult. The leading manufacturer of paraquat is Syngenta, which (as ICI) developed the active ingredient (AI) in the early 1960’s. Since then, paraquat has made possible many innovations in sustainable farming systems, based on its simplification of crop production by effectively controlling weeds and, in doing so, removing the need for ploughing to bury them. This has freed up farmers’ time and also helped care for the soil. Paraquat is one of the most widely used herbicides in the world. It has been approved for use by authorities in more than 100 countries. When used as recommended, paraquat is effective and safe to users, consumers and the environment.

Registration of Paraquat
All crop protection products must be approved by governments and regulatory authorities before
being sold. Paraquat has been researched more thoroughly, subjected to more scientific tests and field studies, over a longer period than probably any other crop protection product. It has been studied by the US Environmental Protection Agency (EPA), the UN Joint Meeting on Pesticide Residues (JMPR), which comprises experts from the World Health Organization (WHO) and the Food & Agriculture Organization (FAO), and many universities and government authorities.

Countries register paraquat only after detailed and costly evaluation of risks and benefits. The product’s effectiveness, its short- and long-term toxicity, operator safety, and environmental behavior, including residue levels in food crops and effects on wildlife, are all thoroughly studied and reviewed. In the EU, this process can involve over 100 tests and cost nearly US$ 200 million.

Some countries, particularly in the developing world, do not have the capacity to evaluate and regulate crop protection products. Syngenta insists that paraquat products sold in developing countries have current regulatory approval in an OECD (Organization for Economic Co- operation & Development) country. By giving approval for its use, based on expert scrutiny of mandatory information, government authorities around the world agree that paraquat can be safely handled and sprayed by users taking normal precautions to protect themselves, the public and the environment.

The sooner farmers accept weeds as an expression of the soil the sooner dangerous herbicides will not be seen as a necessity to farm.