Unless you are growing your own and starting from scratch you really wouldn’t know.

I read recently that more than 10,000 additives are added to the food supply in the United States. In fact, the article claimed that the average American eats about 142 pounds of additives a year. Is Australia very different 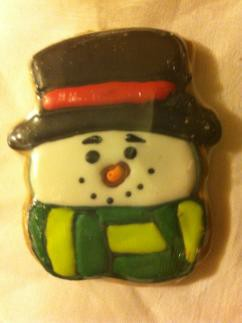 Here is a photo of a ‘biscuit’ that was in a hamper that my daughter brought home last Christmas. It is from Bakery Sugar Craft based in New South Wales and has chains throughout Australia. However the ‘biscuit’ is ‘Made in China’ and will best be eaten by 07.12.13. But just look at the ingredients! What really is palm shortening, powdered whole eggs, butter flavour or vanilla powder let alone artificial colours E129, E102, E133 and E110? 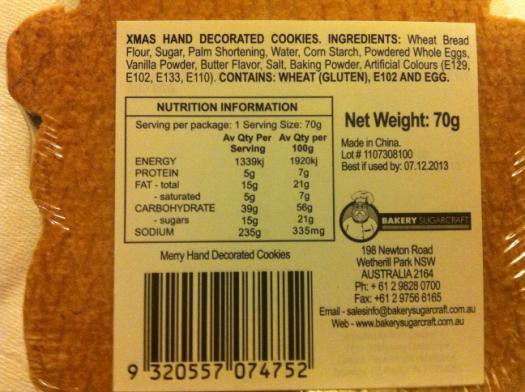 E129 Allura Red is a synthetic food colouring commonly used in confectionary. Widely associated with hyperactivity in children, its use is banned in Austria and Norway.

This ‘biscuit’ needless to say it is still here – not to eat but as a curio!

However not all biscuits look so obviously full of chemical preservatives and they look so healthy some of them, even the ones in the ‘health’ food section.