Apple Cider Vinegar contains malic acid, an antibiotic substance and is a virtual infusion of amino acids, vitamins, and minerals. There is much evidence of its benefits to animals especially with garlic added.

Drink apple cider vinegar with hot water, lemon, and honey to break up mucus and infection in your sinuses and relieve a sore throat. Break up that infected mucus and blow it out and away.

Apple cider vinegar is also shown to “improve insulin sensitivity in insulin-resistant subjects,” which means it is an effective treatment for diabetes. “This makes apple cider vinegar a powerful natural weapon, along with cinnamon and chromium, in the fight to control blood sugar and help get carbohydrate metabolism on track” 1*

Be aware that apple cider vinegar can have some adverse effects if you take certain medications.

Upset stomach? Stomach flu? Drink some ginger tea. But that’s not all ginger is good for! “Research conducted at RMG Biosciences of Baltimore showed that extracts of ginger and galangal, a member of the ginger family, helped inhibit the manufacture of inflammatory brain chemicals, and in turn slowed down the progression of neurodegenerative disorders such as Alzheimer’s” It has also been shown “effective in reducing the symptoms of knee osteoarthritis” 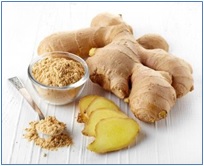 “At least one study that compares the effects of ginger and antibiotics on Staphylococcus aureua and S. pyreus infections shows that ginger extract may be superior…Ginger has been shown to have an antibacterial effect on respiratory and periodontal infections.” *2

An Amazing Number of Cheap but Affective Remedies at Our Fingertips