Where Do Soils Come From? Soil – Forming Factors

The appearance and characteristics of soils can vary considerably from place to place. The main soil forming factors dictate the properties of a particular soil. 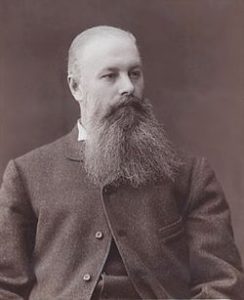 The Russian scientist Vasily Vasilievich Dokuchaev is commonly regarded as the father of pedology, the scientific discipline concerned with all aspects of soils. He was the first person to articulate that geographical variations in soil characteristics were related to:

His ideas were further developed by a number of soil scientists, including Hans Jenny who, in 1941 [4], established a mathematical relationship that states that the observed properties of soil are the result of the interaction of many variables, the most important of which are:

According to this relationship, variations in living communities, parent material, climate or the age of the soil will result in specific soil characteristics.

The weathering of solid bedrock through processes such as heating – cooling or freeze – thaw cycles (determined by topography and climate) produces a matrix of rock fragments (also known as regolith). Furthermore, weathering leads to the production of finer structures containing crystalline minerals that have been liberated from the rock. These fine – textured materials provide ideal conditions for seeds to germinate and lichens, mosses and higher plants to become established.

The growth of vegetation is supported by the decomposition of minerals into simple molecules or compounds that act as plant nutrients. As plants become established, dead leaves will fall on the surface and decay to form thin organic layers, which in turn, support the next cycle of plant growth by returning the nutrients to the soil. Over time, the parent material is buried by more and more organic matter, thus allowing larger plants to grow.

The slope or aspect of the site may determine growing conditions, but also the drainage and inputs or removal of materials. In this way, a soil will form with characteristics that reflect the interplay among the various factors. A changing climate may reduce the weathering processes and, consequently, halt the supply of parent material and the release of minerals. Alternatively, climate change may favour a more luxuriant vegetation community, leading to the production of more plant matter, and resulting in deeper organic layers. In both cases, the soil characteristics will be different from the initial example.

As we all know, soil takes many thousands of years to form and yet can be destroyed within decades by the misuse of chemicals and inappropriate farming methods.