This extraordinary conference which was organised by Dr. Christine Jones resulted in a very exciting 2 days for all who attended. Christine is a passionate spokesperson for restoring our soils and is very keen to bring that message to all of us – farmers and city folk alike. The future of the Australian nation depends on healthy soils.   This product will be delivered instantly via Digital Download and Stream links.
Highly Recommended 4.8
★★★★★ 5/5 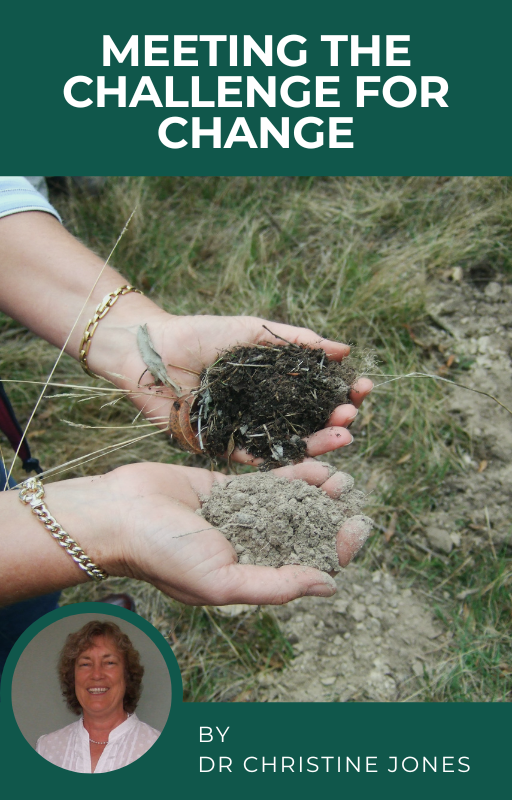 This extraordinary conference which was organised by Dr Christine Jones resulted in a very exciting 2 days for all who attended. Christine is a passionate spokesperson for restoring our soils and is very keen to bring that message to all of us – farmers and city folk alike. The future of the Australian nation depends on healthy soils.

So how could each of us be living in the future for the benefit of all?

The presenters were all chosen to deliver a strong message for fundamental redesign to restore life and vitality to agricultural soils, improve landscape resilience and better community and catchment health – for both present and future generations.

Garry McDouall: The imperative for change – food, fuel and finance. Developing key principles for regenerative agricultureGarry believes we are facing a period of extraordinary change and that the broader community and the rural community are fundamentally unprepared for it. He challenged forum delegates to consider the implications of this changed future, not in terms of threats, but in terms of opportunities – and there will be many!Garry is concerned about the gap between the scientific community and those involved in a holistic approach. He does not believe we can afford to waste the energy and intellectual effort on this divide. Garry considers that the answer, in part, lies with identifying a series of principles for regenerative agriculture. Tanya Massy: Today’s Youth, Tomorrow’s Farmers Tanya grew up on a grazing property in the Monaro region of NSW and has directly witnessed and worked with a range of challenges and shifts that have affected the agricultural sector in recent years. This background, together with her experience working internationally in communities where the issues of food security and sustainable regional livelihoods are matters of daily survival, has made her passionate about the central role agriculture plays in the lives of everyone who eats! It has also left her full of questions as to the best way forward for a young person seeking to contribute to the future. With an aging farming population, and less and less young people turning to life on the land, what will agriculture look like in 20 years time?Christine Jones: Soil carbon – getting the basics right One teaspoon of healthy carbon-rich soil can contain almost as many organisms as there are people on the planet, that is, close to 7 billion living things – and a greater diversity of life than the Amazonian rainforest. What are these billions of living things in the soil – and more importantly, what do they do? What role does soil biology play in carbon sequestration and food security? Christine will discuss the key principles for rebuilding soil – be it on farms or in gardens – and explain why soil regeneration is of fundamental significance to the health and future of us all.Geoff Pryor: Waste not, want not Geoff is the South East Resource Recovery Group Coordinator with the Southeast Regional Organisation of Councils (SEROC). The vision and achievements of SEROC provide a dynamic model for integrated community action. Geoff is a highly motivated and inspirational speaker. Every council needs someone like Geoff!Tim Marshall: Eating Into the Future (NA) TM Organics

All these presentations are included on the Films and there’s MORE!! See over

Hear from the  2011 GAIA awards  recipients who were each selected for their commitment to the land, the community & our future

Darryl Cluff. Originator of the Pasture Cropping technique and founder of the Stipa Native Grasses Association. Darryl’s property ‘Olive Lodge’ Birriwa, NSW, has been in the Cluff family since 1889. In recent decades Darryl has observed that although 50% of the area is bushland, however 90% of the wildlife, especially the birds, exist in the farmland areas. He will be discussing the possible reasons for this.

Colin Seis. Since the early 1980s Colin has sought ways to reverse the degradation caused by conventional farming techniques on his property ‘Winona’ in the Central West of NSW. Colin realised that problems such as crop disease, insect attack and the need for high fertiliser inputs were due to an ecological imbalance, although rarely approached in that way. Since restoring the ecological base for his farm, crop yields have been equal to conventional     while profits have increased significantly, due to much lower input costs.

Tom Nicholas. Farmer from Claremont, Central Queensland and Chair, Healthy Soils Australia. Tom’s message is clear, simple and powerful. To restore vibrant rural and regional communities, farmers must have sovereignty over the carbon they build in the soil through their management, regardless of tenure. The benefits of increased levels of soil carbon for the Australian landscape, the farming community and the nation as a whole, are too great to be ignored.

Charlie Sexton. Regional Landcare Facilitator, Goulburn Broken Catchment Management Authority, Benalla, Victoria. During the drought, Charlie observed that conventional agricultural techniques were failing, expensive to maintain and were pushing farmers backs against the wall. He began working with innovative landholders with great success. He strongly believes farmers are in the best place to provide positive outcomes for the land and has been promoting farmer input to government organisations to develop strategic direction for agricultural, environmental, biodiversity and community outcomes.

Dr Christine Jones is an active participant and supporter of an Australian movement into a Soil Carbon Accreditation Scheme. With numerous journals and publications produced on regenerative land management techniques, Christine possesses ample knowledge in regards to the treatment and maintenance of Australia’s lush and vast environmental resources.