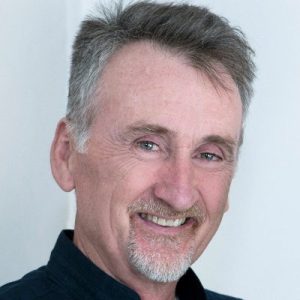 Declan has over 30 years experience in agricultural, horticultural, recreational and amenity soil management.

Through the latter part of the 20th century, Declan worked for local and state governments in NSW, the state government in Tasmania, and until 2014 as Specialist Productive Soils with the Victorian state government. He established and grew an office for SESL in Victoria over six and a half years before establishing Regen Soils P/L in 2020. He holds a B.Sc in Horticulture (UTS) and a Master of Sustainable Agriculture (Soils) (University of Sydney). Declan is a Certified Professional Soil Scientist (CPSS) as accredited by Soil Science Australia.

Declan’s Master’s thesis was titled Soil Biological Fertility and through his academic training and years as a vegetable grower he became convinced of the intelligence of natural systems. He has authored / co-authored a number of publications aimed at improving understanding and management of soil as a living realm including the inaugural chapter on soil biology for the Dairy Industry’s Soils and Fertiliser Manual and Soils Alive! Understanding and Managing Soil Biology on Tasmanian Farms.

The focus of his work in regenerative agriculture is to maximise the productive capacity of the soil through promotion of biological activity supported by carefully selected fertilisers and other inputs. The aim is to provide farmers with tools to leave their land in better condition, improve profitability, and reduce stress.