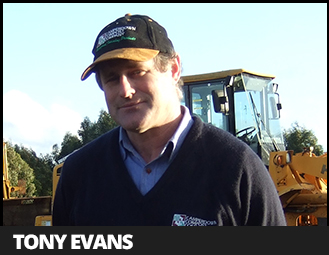 They set up a licensed facility to take organic waste streams from a couple of different dairy factories. That material was then initially used for worms and producing worm castings. And it sort of evolved into a compost site where we still use some worms, but predominantly it’s for composting now.

And then they met Elaine Ingham in about 1999 or thereabouts and started to then put together how they could best utilise the waste in an agricultural system.

Today Camperdown Compost is working closely with over 70 dairy farmers going onfarm with their compost turners and converting the waste to valuable organic matter.